Bugley and the Rim of Fire Book 1 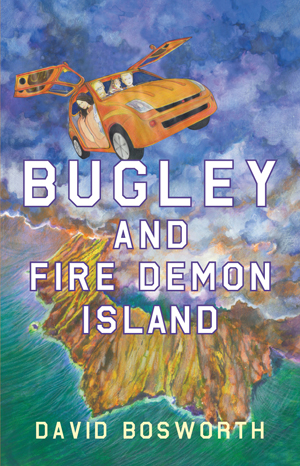 The inventor of the world’s most advanced scientific machine, the Large Haldron Collider, has gone crazy and wants to send the planet into a distant, deathly frozen orbit around the sun. He has an army of zombies to help him, but he needs certain volcanic gases from the Pacific Rim of Fire to succeed.

Only Bugley, together with Junior High students Dan and Maia, stand in his way.

Bugley is an innocent looking small car that has been secretly modified by advanced scientists and aircraft and drone designers to be much more than he appears.

The great tectonic plates under the Pacific Rim of Fire and the volcanoes that spring from them, and the native indigenous people living there, will hold the key to whether they can succeed in saving the world, or not.

David is a New Zealander living Auckland with an interest in science and the Pacific region.