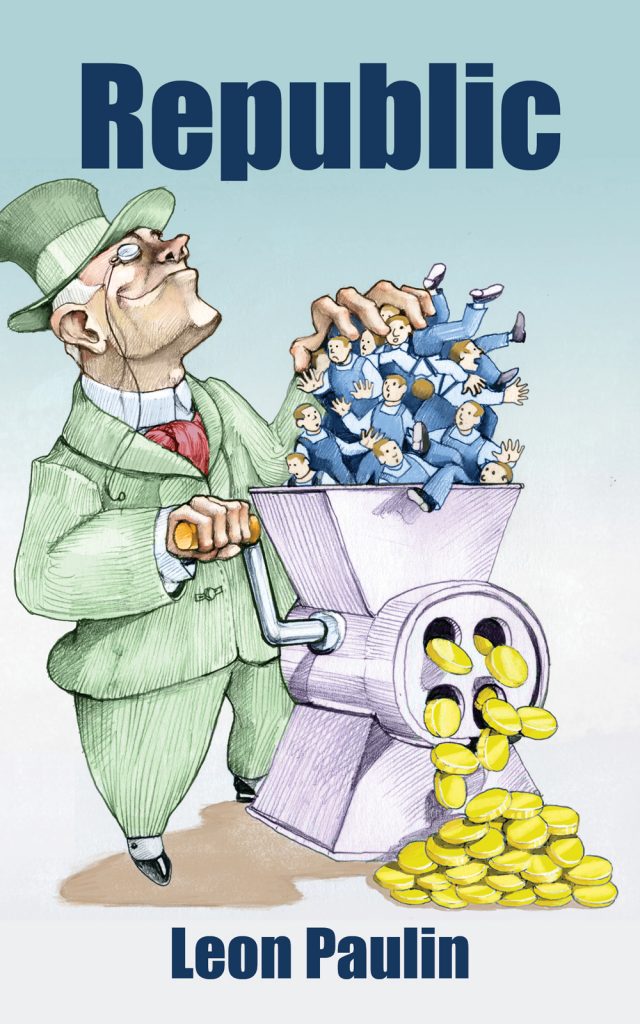 It’s the start of the new millennium, and Pluto’s Republic is governed under the flag of the lady garden.

Wannabe pro surfer Nate Crust loses his job as part of efficiency cuts made under the Republic’s Three-year Plans. His life is a constant struggle. Unable to fund his surfing on the wages of honest work, he accepts an offer from Wolf, the president of the Pariah Dog Motorcycle Club, to make some real bread, real easy.

At first he’s little more than a glorified taxi driver, ferrying the outcall prostitutes around. Then he begins delivering drugs. Nate carries on undeterred – he’s never made so much easy money. Wolf is impressed with his passion for the outlaw life and he invites him to be a prospect.

Nate accepts his offer – but just how far will he go? And if he continues down this path, will he ever be readmitted into so-called decent society?

Republic is a story of sex, drugs, money and power, and the struggle for freedom and justice in a neo-liberal society.

Leon Paulin grew up in Auckland and Dunedin, New Zealand. After leaving high school, he moved to Christchurch and hung out with a group of surfers around North New Brighton. He was soon riding the waves and soaking up the beach culture.

He worked in many manual jobs, but later moved on to university. Eventually, he opened a string of used-book stores and took up the pen.

His articles and short stories have appeared in newspapers, magazines and online.
This is his first novel, but is published second. Republic was penned in June 2002, completed in 2004, and remained in a drawer, virtually forgotten, for the following fifteen years.