The Varanger: a story of the Eastern Empire

(Chronicles of the Scraeling Book 3) 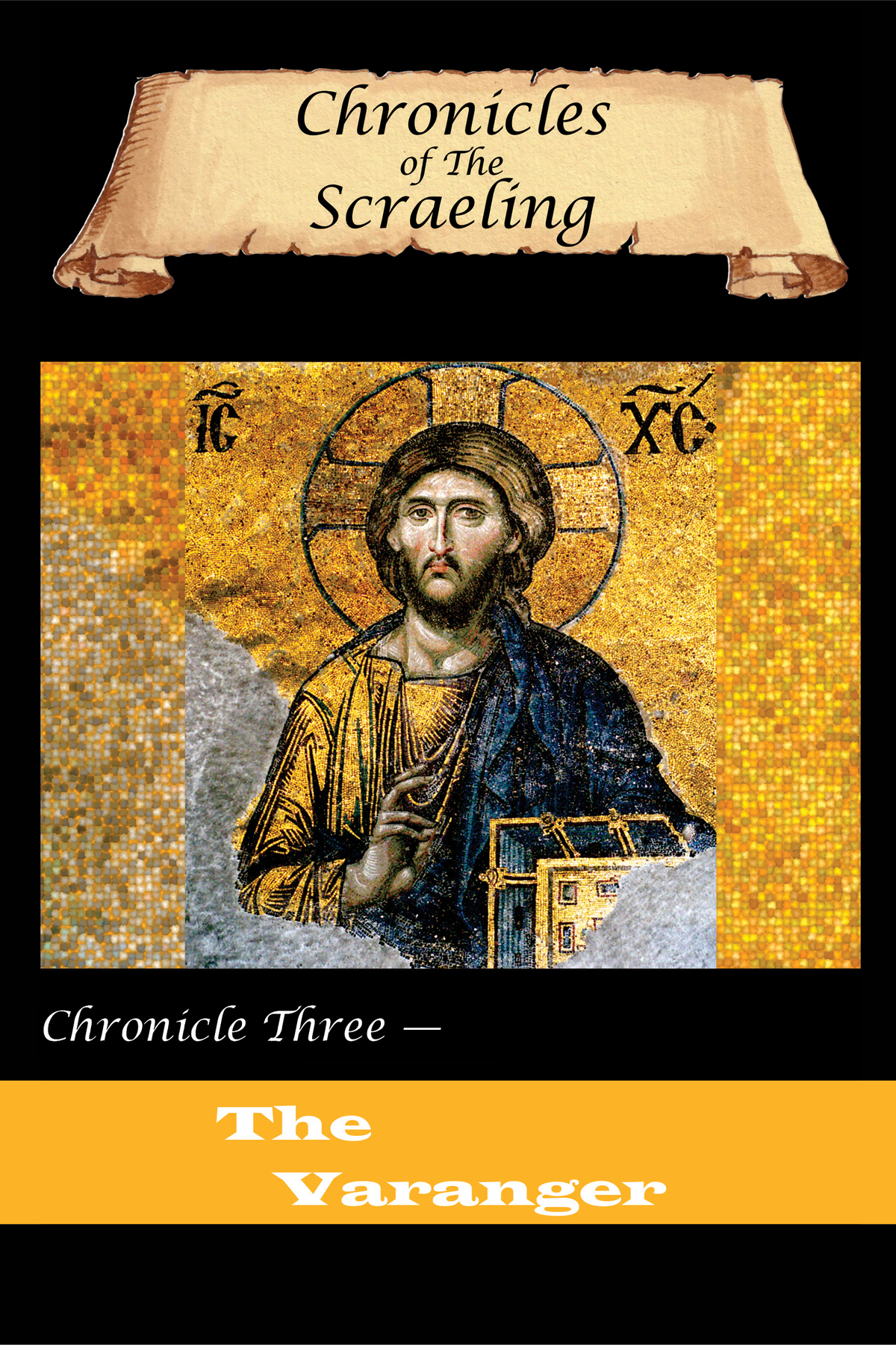 Fleeing Norman retribution after the collapse of the Fenland Rebellion, The Scraeling and his group of ‘the last, weary, raggy-arsed end of Hardraada’s day’ take military service in a Constantinople where the ruling House of Doukas is tottering on the edge of collapse under an emperor who’d rather be a scholar.

Sick of the perfidy and expedience associated with high politics, The Scraeling seeks only a quiet life while he tries to advance Osmund’s career as a varanger in the armies of Constantinople. However, events won’t leave him alone because one or two surprises from his youthful sojourn in that city turn up to complicate things. These surprises answer one or two of the questions that perceptive readers of ‘Landwaster’ may have felt impelled to ask, and some of the surprises are definitely, definitely . . . surprising.

Coerced into entering the covert service of the royal family, the Scraeling deals with a ruling family riven by faction; copes with an over-protective mother who’s also Dowager Empress; handles the scheming of a first minister with ambitions beyond his station, and faces an attempted coup d’état. All while staying a jump ahead of everyone else, readers included . . .

The Scraeling’s disenchantment with high politics and affairs of state form the book’s theme, but in the end he comes to accept the inevitability of dirty hands to the political process – particularly when philosophy and principle run up against personal emotion, and intellectual detachment becomes impossible.

As the realist that The Scraeling’s life and career have taught him to be, an ageing and gentler Ranulf de Lannion – “the most dangerous little bugger alive” in the opinion of Hardraada the Landwaster – looks, at last, for a contented and peaceful retirement and the ending of the book sees him about to embark upon it, having tied up all the loose ends and made everyone happy . . .well, perhaps . . .

So — who is Michael Burr?

I write historical fiction as the result of a lifetime spent teaching History, work that developed in me a deep respect for the varieties and vagaries of the human condition. Following pretty naturally from an interest in people is an interest in why people do the things they do. This led me, all unknowing, to love History from a time much before I understood why that should be.

I like to use the historical record as a framework around which characters and plots can be woven, so the stories I tell are as true to that record as I can get a work of entertainment to be. This is because of my long-held belief that truth is indeed stranger than fiction more times than one would think, and that some of the events that History actually witnessed would cause howls of derision if portrayed as fiction.

My forays and journeys into and through History have provided me a fund of stories from the discipline I’ve loved all my life, most of them much more about the common man than the great ones. This fixation of mine has, I believe, helped me to avoid the curse of an academic in writing — that is, showing off. My personal writing challenge comes in letting the characters indicate the depth and quality of the research to the perceptive reader, for my lecturing days are behind me and I now write to tell stories.